Artzeulov seen here in front of his ‘plane at Krinichki, the Mickeladze estate with Sonia, He was descended from Janna (Zhanna), Aivazovsky’s youngest daughter.          He returned to the USSR, survived and became well known in Soviet aviation.  An artist himself,  he became associated with the ‘Constructivist’ movement. 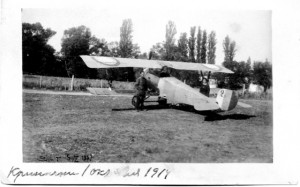 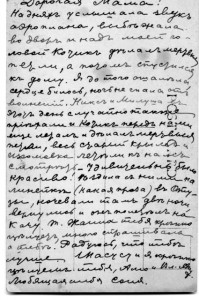 The reverse of the above postcard. From Sonia, Princess Mickeladze. (Note the date!).

Dear Mother! The other day I heard the sound of an airplane, I ran out into the courtyard, and above my head Kottik was making loops, and then came down to the house. I was so stunned, my heart was beating, I couldn’t sleep that night from excitement. Nix and Milusha also arrived on that day by chance and Kottik flew more and made more loops for them. The whole of Stary Krym [Old Crimea] and Izyumovka ran over to watch, it was amazingly beautiful! I went with him on the carriage (how prosaic) to Otuzy, spent two nights there, returned and went to Kacha again. Aunt Zhanna sends you lots of kisses, she’s been asking after you a lot. I’m glad you’re better. Masyusya and I are sending big kisses to you Ali and Vlad. And(?)
Your loving Sonia

The Russian Military Air Fleet in World War I by August G. Blume

“…the Sevastopol Officers School of Aviation and the school was established in November, 1910. In May, 1912, it was moved to a more suitable place on the Kacha River Valley to the north of Sevastopol. The instructors of the school were: D. G. Andreadi, K. A. Artzeulov, M. N. Efimov, A. E. Raevskyi, B. L. Tsvetkov, and others. By 1911, 26 aircraft were in use at the school.”

A half hour movie, featuring Kottik can be seen at :-

This short version is best viewed at doubler size.   And a full hour version at

This includes accounts of the early days of Russian aviation and gliding. 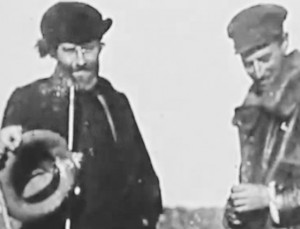 Natasha Ariadne writes ” The photograph shows Kottik & Voloshin with the famous ‘Hat’ in the Klement’eva mountain in Koktebel where he first time accidentally found up-uprising air currents.   Kottik wrote “We were going with the poet Maximilian Voloshin to Feodosia from Koktebel.  On the way talking about rising  air-currents,  I suggested we climb up Uzun Syrt (Klement’eva).   I got Voloshin to throw his hat towards the stream of air.   Unexpectedly it did not fall down but flew up and then flew over our heads and start floating in the air. Voloshin was excited, he immediately understood the significance of an updraft.” 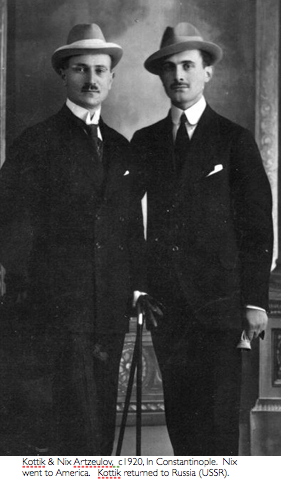