Here Aivazovsky was born and with the wealth from his painting brought the railway, schools, a museum and developed the port.

The view from the marble terrace of Aivazovsky’s studio

Aivazovsky, on returning from a tour of the Levant to St Petersburg, where he was to become in 1847 a professor at the Imperial Academy, soon realised that he preferred to be in the warmth of the Crimea.  Not one to deny his immediate desires he returned to Theodosia,  where he built himself, in 1845,  an enormous studio with three ballrooms, a marble terrace, overlooking the sea, and a theatre and picture gallery. 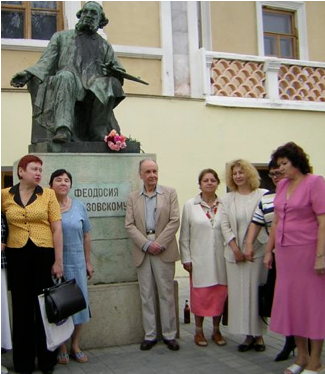 Below,  memorial to Lattry,his cousin A. Hanzen, both Grandsons of Aivazovsky, with Fessler & Lagorio,  in Feodosia . 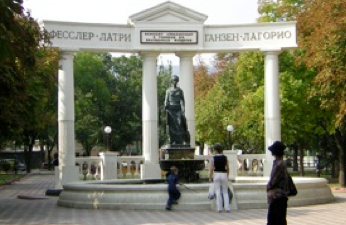 In 1910, Lattry became Director of the Aivazovsky Gallery in Feodosia, which his grandfather had bequeathed to the town.

In the Gallery.   An account of the work of Lattry 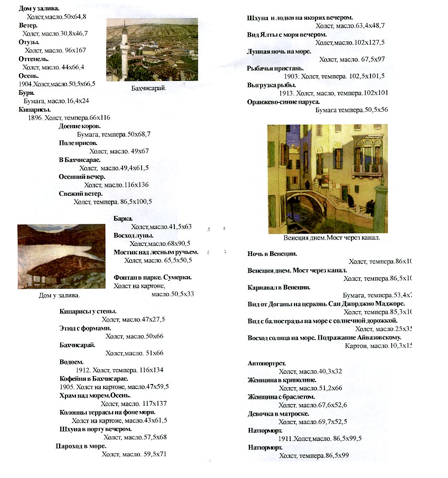 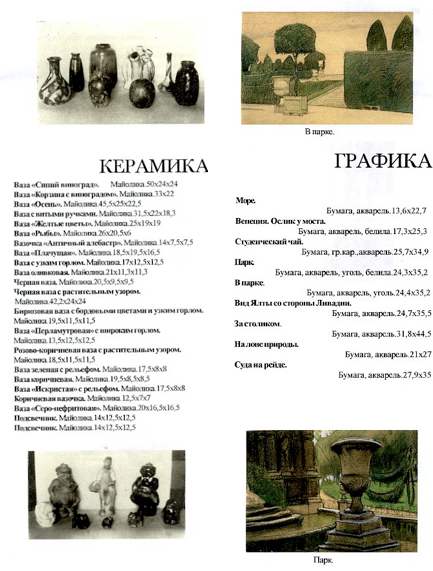 Snapshots from the Gallery 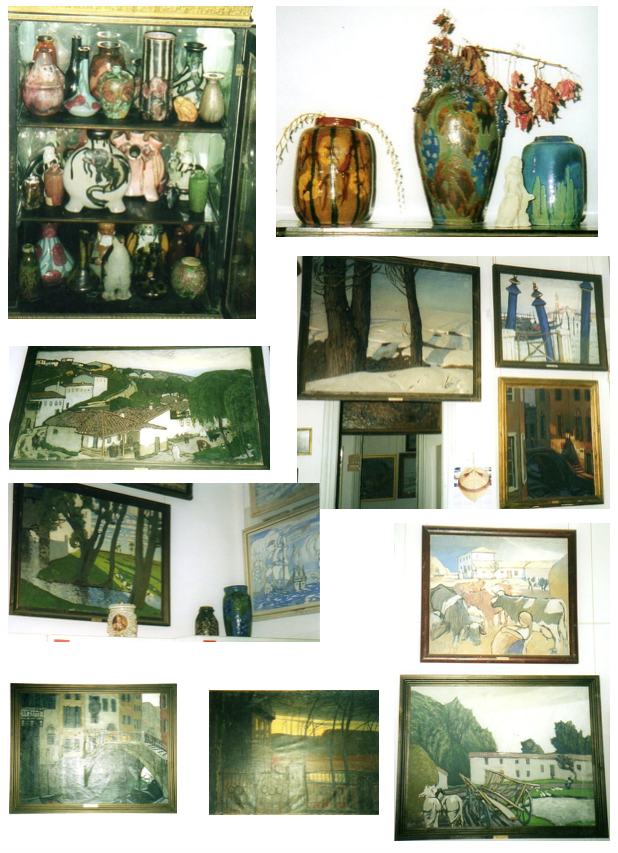 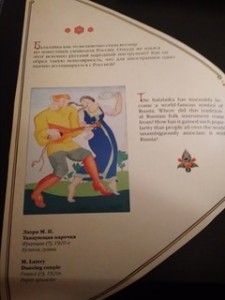 The museum of music, St Petersburg, publishes books on musical instruments that are stored in the museum.   The picture  by Mikhail Latri,  was published in their book about the balalaika.  It was received  as a gift from the collector Prince Nikita Dmitrievich Lobanov-Rostovsky in 2015..    He had purchased it at an auction in Paris on June 10, 2009, lot 47. There is an entry about this in the catalog-reasons for the Lobanov collection (in English) on page 281. 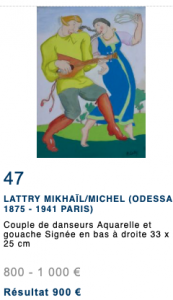 The catalogue of the auction house Boisgirard has a reproduction in color.

From the memoirs of Lattry’s niece, Pr. Gayane Mickeladze

” I was spending the day at cousin Kolya Lampsy.   The family lived in their magnificent Theodossia town house which had been built by Aivazovsky on the sea front overlooking the bay.   This was a large house with three ballrooms, the red , yellow and white, where Aivazovsky held receptions, theatricals and operas attended by people from all over Russia (now mainly a gallery).  Mother came in the afternoon and cousin Lidda had tea served; we were at table when we heard explosions.   Irina and I rushed out onto the verandah to have a look.  ….  A German warship, the “Goeben”, had come into the bay and was shelling the town.   White puffs of smoke hung in the air, while another warship, the “Breslau” was steaming in behind it.   Our mothers soon hauled us back indoors”.       (Oct. 29th 1914. Having arrived in Constantinople on 11th August became incorporated into the Turkish Navy.  By this action Turkey effectively entered the war.)