His Paris studio was largely a workshop run on charitable grounds to employ  impoverished Russian refugees.  This took up most of his time, as his workforce were not great artists!

Lattry was not as impoverished as were so many Russian refugees.   He was able to bring out a number of Aivazovsky canvases.    In 1922,  his close friend and brother-in-law,   Prince Mickeladze,  who was in Constantinople at that time ,  had bought a small schooner and brought out some of their things from the Crimea,   as well as many refugees.

His wonderful designs were used for screens, occasional tables, wall panels and hangings, hand painted fabrics, lampshades, tea sets,cigarette boxes and other decorative containers plus the most beautifully designed boxes.

His work was well known only to a small circle of connoisseurs as he rarely exhibited.   Many people had reason to be grateful for his help but he produced less  pure art of which it is now difficult to find examples. He avoided publicity.   See account in ‘Art et Mode’. 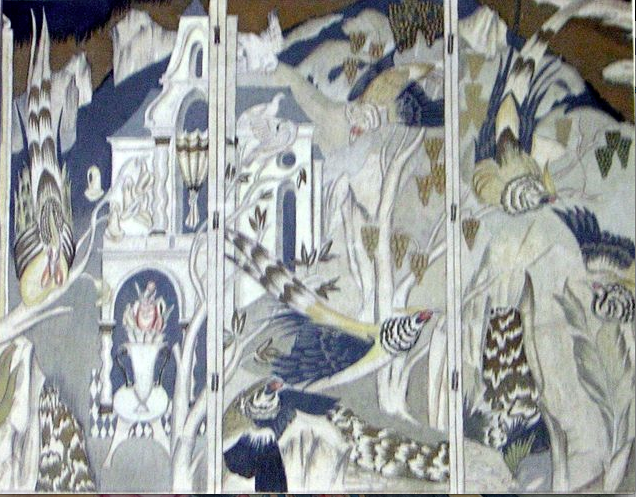 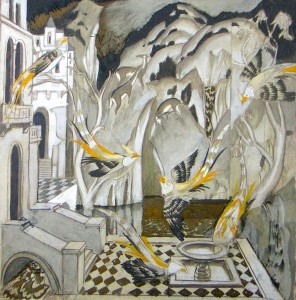 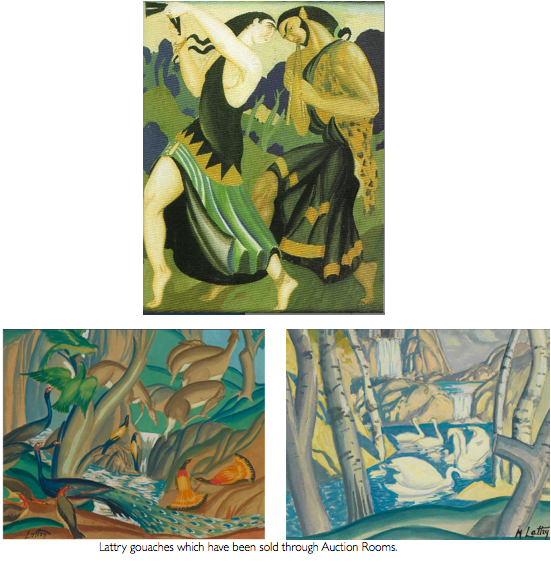 The above Courtesy of MacDougall Auctions.  See more→ 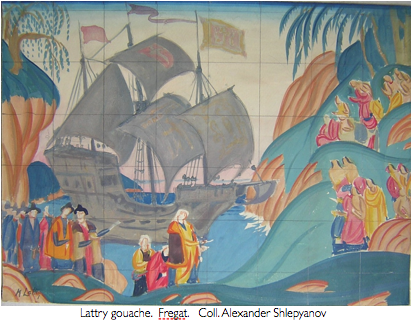 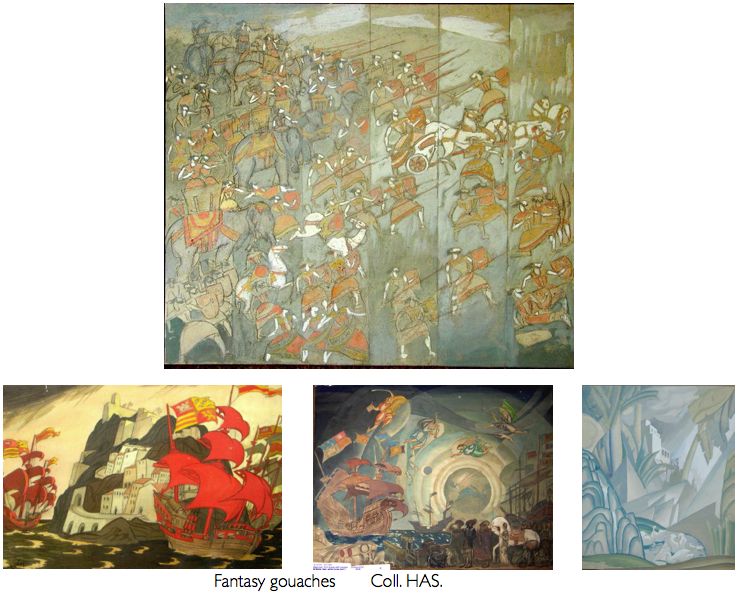