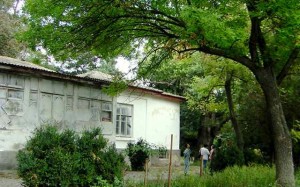 From Natasha Arendt:-   ‘ …. they are going to open museum ( part of Kimmeria Voloshin project , where Aivazovskiy gallery and The Voloshin house included .’ … ‘Everything goes well with Boran Eli so far. Now Larisa Verbitskaya, the main activist is going to give a lecture at the Voloshin house about Boran Eli. ‘.

So, Lattry’s home still exists.  Natasha Arendt, whose father lives at Koktebel, nearby, says there is a move to turn this into an Art Centre and sent me these photographs. 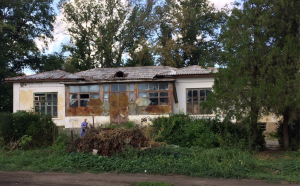 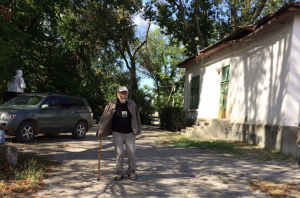 The ghastly bust of Lenin can just be seen in the background, beyond the car.   There is, in the West, a popular ‘PC’  vogue  to pull down the statues of those perceived as tyrants.  This should be resisted.  But why not an added memorial to the many millions of his victims?

Shown are the project activists sitting on the steps on which we saw the artists, guests of Lattry, of the Silver period in 1912. 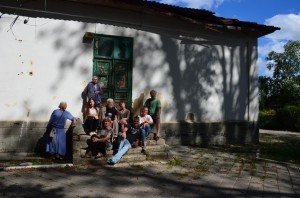 The Boran-Eli project
Has a number of advantages.
Henry Sanford  Thursday, 16 January 2020